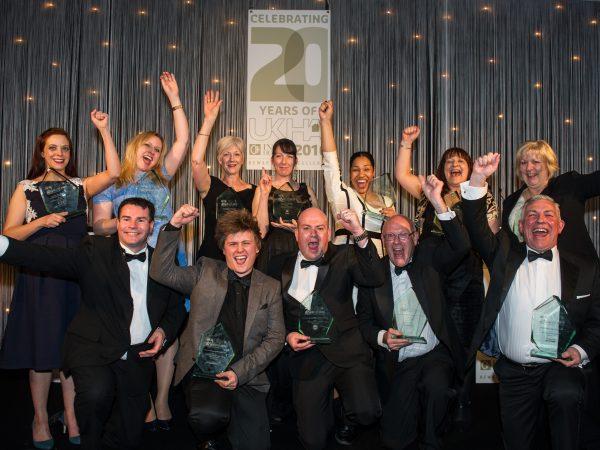 One of the region’s foremost providers of housing aimed at enhancing later life is celebrating success after scooping a top accolade at a national housing awards ceremony.

Pickering and Ferens Homes picked up the Outstanding Approach to Tenant Involvement title at this year’s UK Housing Awards, which recognise the ingenuity, creativity, passion and results of housing organisations across the UK.

It was the association’s Budget Roadshow initiative that captured the judges’ interest, which provided the opportunity for residents to understand and make recommendations about how finances should be prioritised within the organisation.

It is the first time in Pickering and Ferens Homes’ long history that it has taken the bold step of submitting one of its pioneering projects for a national award and Claire Warren, chief executive of the forward-thinking organisation, says it has given the team a real boost.

She said: “It is a real honour to have won such a prestige award and it is a real testimony to the people on the ground at Pickering and Ferens Homes.

“It was a joy to watch our small finance team initiate and involve themselves so deeply in working with our residents, basing budget decisions on their feedback and even having fun along the way. I’m not sure many chief executives can say they have seen such a true demonstration of their staff team going beyond the call of duty to get residents truly involved in an initiative of that nature.”

This year marks the 20th anniversary of the UK Housing Awards, which was the first to recognise achievement in social housing and they remain the most respected awards in the sector.

More than 600 guests donning black tie attire descended on the Lancaster London Hotel for the awards ceremony, which was hosted by BAFTA winning star and comedian, Rory Bremner.

Claire added: “As a small, local housing association we forever seek ways in which we can build on the close relationships we have with our residents.

“Our aims as an organisation are to remain financially strong but not to forsake our commitments to residents when it comes to their experience of the services they receive from us and our extended agenda about the health and wellbeing of our residents in their later life.

“This close two-way relationship is so important for us to maintain. Small organisations often struggle with internal capacity however we continue to dedicate a huge amount of time, energy and resource into maintaining high levels of involvement with our customers and it is reflected in the way we do business.

“For us, this pays off as we can hand on heart say that within our local communities we are truly the housing provider of choice. Our reputation is second to none and that is how we want it to stay.”

The Budget Roadshow is just one of many examples of Pickering and Ferens Homes’ outstanding approach to involving residents in the work it does. Other examples include a panel of residents who scrutinise a wide variety of the association’s services, as well as a group of residents who help write the residents’ magazine, to name just a few.