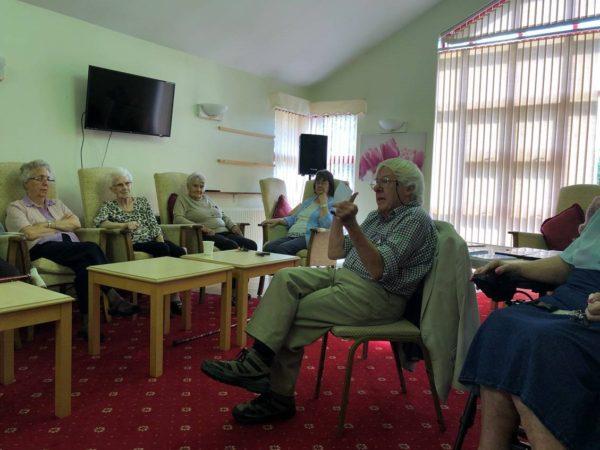 We are proud to host regular sessions with Dr Alec Gill, which helps residents to reminisce about old times. His most recent session was called: “Games We Used to Play- A Talk and Discussion with Dr Alec Gill”

Alec has received an MBE for his work documenting the fishing community in his home city of Hull. His films, books, and public lectures capture the rich history and culture of the Hessle Road community in the west of the city. Alec’s photographs of Hessle Road – captured between 1971 to 1986 – were exhibited in the Hull History Centre in June 2017 and became the most visited exhibition in the Hull History Centre’s history. Alec’s exhibition was titled: THE HESSLE ROADERS.

We are pleased to have a great local historian hosting these sessions and the residents had a great time.

Look out for more sessions in the future.