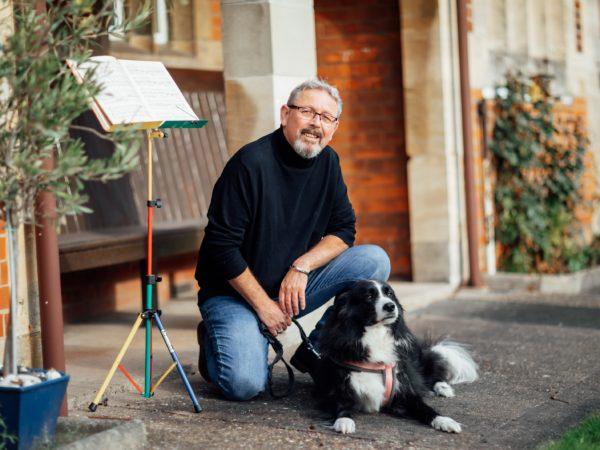 After a lifelong career in musical theatre and television, PFH resident Ben Burt thought he had hung up his musical hat when he retired earlier this year. But the 66-year-old Pickering Crescent resident dusted off his keyboard and set about continuing to write more music – although this time with a very different cause at heart.

Mr Burt was an agent for artists working in London’s vibrant West End and, although born and bred in Hull, spent 25 years away from his home city pursuing his passion for the arts.

Now he’s putting his talents to good use by recording a song to raise money for the Hull Homeless Community Project this Christmas. The charity, based in South Cave, provides extensive support for those impacted by the housing crisis.

The song has been professionally recorded with vocalist Bernie Laverick bringing Mr Burt’s vision to life. Available to view on Facebook and with the aspiration of getting the song listed on iTunes, Amazon Music and Spotify, the song tells the tale of a fictitious character who has hit hard times and found himself becoming homeless.

“I’ve written musicals and pantomimes all my life,” explained Mr Burt, who has been a resident with PFH for two years. “I actually wrote the song last year, but I didn’t arrange it musically until very recently now that I have had the time to work on it.

“We have produced a music video for the song and it actually features Pickering Crescent within one of the scenes. BBC Radio Humberside has been particularly helpful in promoting the release of the song. One of their presenters, Kofi Smiles, even helped us source a snow making machine and a Santa suit by appealing to listeners to loan them to us for the production of the video.”

Mr Burt – who has also recently been involved with PFH’s Resident Stakeholder Panel when we needed residents to sit on a panel responsible for supporting with Trustee recruitment – says the Hull Homeless Community Project really appealed to him when it came to choosing the charity which would benefit from the song. “I particularly like how this charity handles the follow-ups with the people they support,” he said. “Once they have found people accommodation, they then give them support in lots of other areas too. It’s a really worthy cause and I hope people will get behind it.”

Residents can watch the music video online and donate via Facebook: https://www.facebook.com/watch/TheBalladOfJimmieJohnson/